About the Morohashi Museum of Modern Art 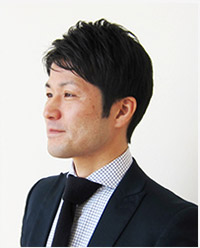 Teizo Morohashi (1934-2003), founder of XEBIO Corporation. (a sporting-goods retailer whose stock is traded on the First Section of the Tokyo Stock Exchange, headquartered in the city of Koriyama, Fukushima Prefecture), spent roughly 10 years collecting works of art for a museum. He donated these, together with the museum site, buildings, and other facilities, to the Morohashi Museum of Modern Art Public-Interest Foundation based on his vision of “Enabling a wide range of people to enjoy and experience numerous masterpieces of Western modern art.” That marked the opening of the Morohashi Museum of Modern Art in the picturesque Aizu-Bandai-kogen area of his home prefecture of Fukushima in 1999.

Interested in surrealism from a young age, Morohashi was particularly strongly fascinated by and attracted to the intricate paintings of Salvador Dali, the great Spanish-born artist. He built up his own collection of works of art while enthusiastically studying and learning about Western modern art by Dali and other artists. That collection, which included about 330 paintings, sculptures, prints, and other works by Dali, about 40 paintings from the Impressionist through the Surrealist periods, and about 30 works by the British contemporary artist Pamela Crook, served as the foundation for the museum’s highly individualistic collection. The museum’s collection of Dali works is the third largest in the world after those of the Dali Museum in the U.S. state of Florida and the Dali Theatre and Museum in Figueres, Spain, and it is the only museum in Asia where Dali’s works are on permanent exhibit. The museum continues to add to its collection today, in line with Morohashi’s wishes.

The museum building, with approximately 2000 square meters of floor space on a site more than 55,000 square meters in area inside Bandai-Asahi National Park, is patterned after a stable, in line with the founder’s vision of a design evoking a medieval stable. Its interior uses the local genshoseki slate for a natural feel. The exhibition hall inside is about 100 meters long, with nine-meter ceilings and abundant natural light, to create an open space well suited to the exhibition of Dali’s sculptures. From the museum’s windows visitors can view the massive crater of Mt. Bandai and a beautiful natural garden that changes with the seasons, making for a space where one can enjoy the gentle competition between beauty and nature to the heart’s content.

Art conveys to us a power that cannot be expressed by words such as tenderness, affection, courage, and hope. We believe that the opportunity to encounter numerous highly individualistic works of art in an environment rich with the blessings of nature will be certain to remain in the heart of visitors as a fond memory. Based on our philosophy of “Contributing to society by proposing enriched ways of life through art,” all of us at the Morohashi Museum of Modern Art are working to ensure that it remains a museum with a heart. 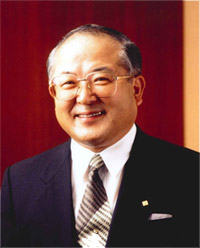 I first encountered the works of Salvador Dali in 1975 at the Dali Museum in Figueres, Spain. While art appreciation had been a hobby of mine, that was my first time to see hundreds of Dali’s works together in one place.

Rather than the realism of the Impressionists and others, Dali’s works depicting dreams and illusions overturned traditional ways of thinking. Since then I was fascinated by Dali and surrealism, and I have collected his prints, paintings, and other works.

Then, in 1991 NHK sponsored a Dali exhibition in Tokyo. The exhibition included 37 sculptures from the collection of the Stratton Foundation in Paris. I was impressed with the way those works evoked even more power and dreamlike visions than Dali’s prints and paintings.

After that exhibition of sculptures was over, circumstances arose in which I had the opportunity to obtain all of them. It truly was a fortuitous encounter. At that moment, I suddenly had the dream of building a museum of Dali’s art.

After that, I had to overcome the three practical challenges of collecting works of art, securing land, and constructing the museum buildings. The past 10 years have passed in a flash as I have kept busy attending auctions at the world’s two largest auction houses, Sotheby’s and Christie’s, more than 10 times along with touring art museums in Europe and North America, searching for a building site, and devising construction plans.
I forgot all about the passage of time as I strived to chase my dream and make it reality. If one keeps believing in his or her dream, then he or she can solve great challenges one after the other. In the process, I was able to meet many people who cooperated in the project and to learn many valuable lessons.

I still experience a thrill when I recall the great applause from the auction houses in London and New York when I won the auctions on Dali’s largest-ever work, The Battle of Tetuan (three meters high by four meters wide), Utrillo’s Rue des Saules à Montmartre, his masterpiece from his white period, and Vacant Land through a Forest, a tour de force by Cézanne when he was 30 years old.

While the museum’s collection is structured mainly around Dali’s works, it also includes works by more than 20 19th- and 20th-century greats including Renoir, Matisse, Picasso, and Chagall. My duty over the coming decade or two is to enrich the Morohashi Museum of Modern Art by adding to its collection of great works of art, one at a time.

The museum also has recently obtained formal registration as a museum under the Museum Act.
We hope to be able to contribute to fostering a rich cultural environment here in Fukushima Prefecture.

(From “Occasional essays” in the October 1999 issue of Bunka Fukushima)